We will take it as read that you’ve already created the universe (CARL SAGAN JOKE LINK, insert your own reference here!).

First, find your elderflowers. I appreciate that not everyone spent their childhood up to their armpits in thorny, stinging bits of nature trying to extract calories from it, so a brief guide will commence. Skip this part if you already know what elderflowers look like.

Elder bushes (often small trees; Sambucus nigra) like to grow at the edges of clearings. In practical terms this means they like river banks, streams, parks, railway sidings, and verges. Which is great, because you can basically live in a city and still find them.

They’re small slender trees with woody, brittle bark that send out long thin green stems of leaves and flower heads, and they’re usually between six and 12 feet tall, which for some reason I don’t know in metric (like, 2-4 metres?), and they look like this: 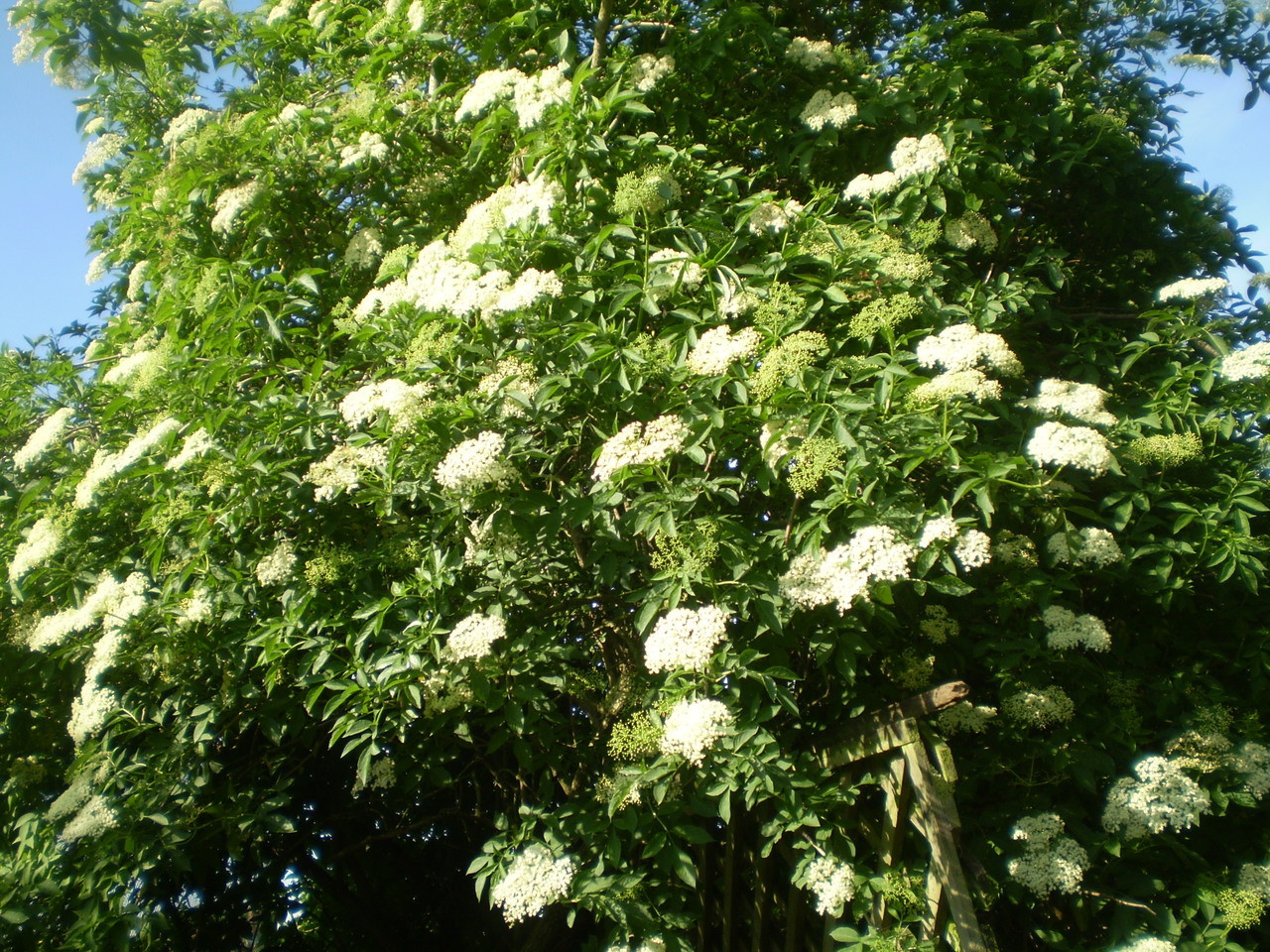 The branches bend very easily which is good because you’re going to spend ages hooking them with sticks to pull them down enough that the rest of the tree moves that you can get some of the better flowerheads. Also wading through brambles.

Their leaves vary quite a lot but they’re generally in the range of this: 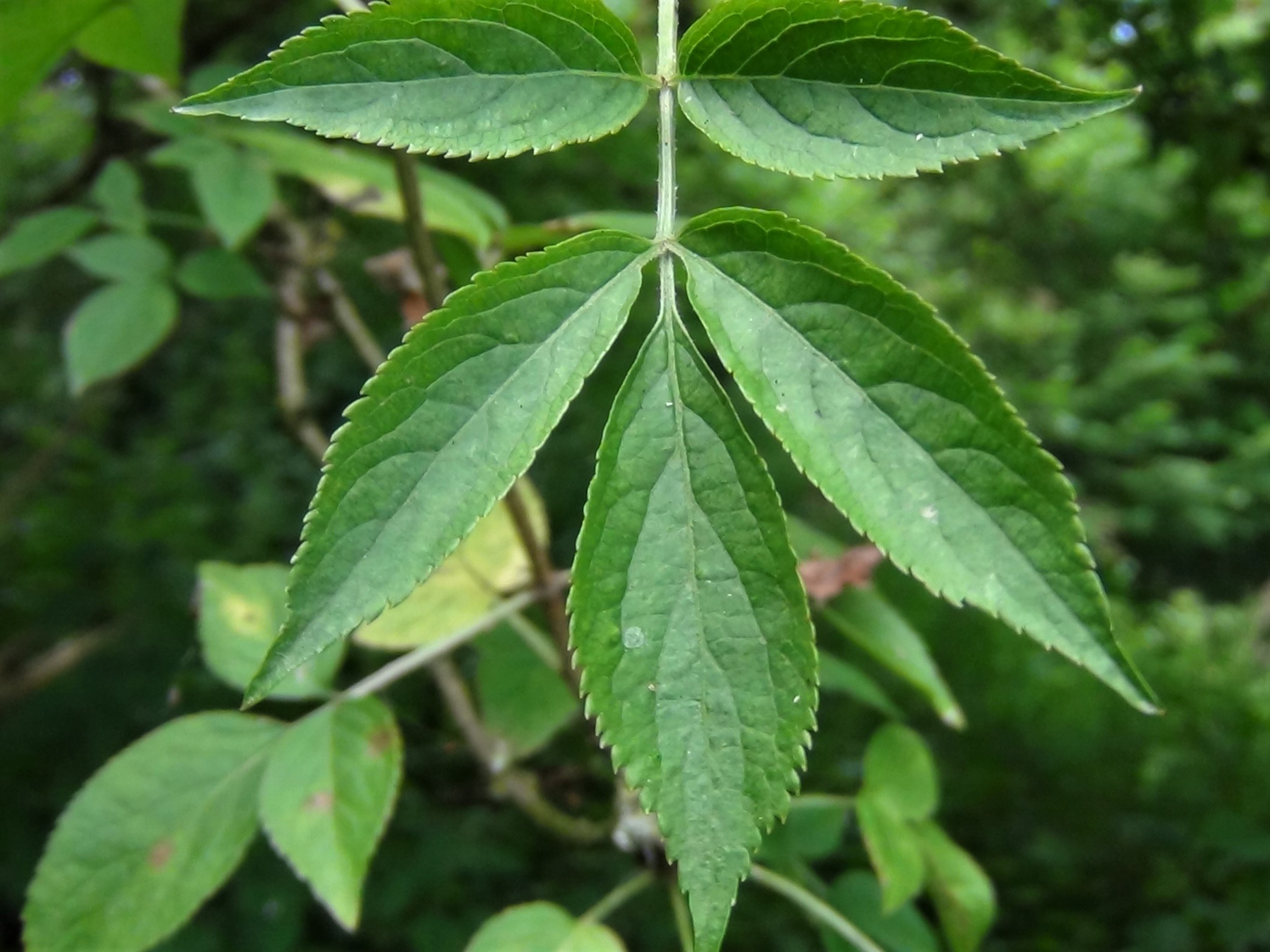 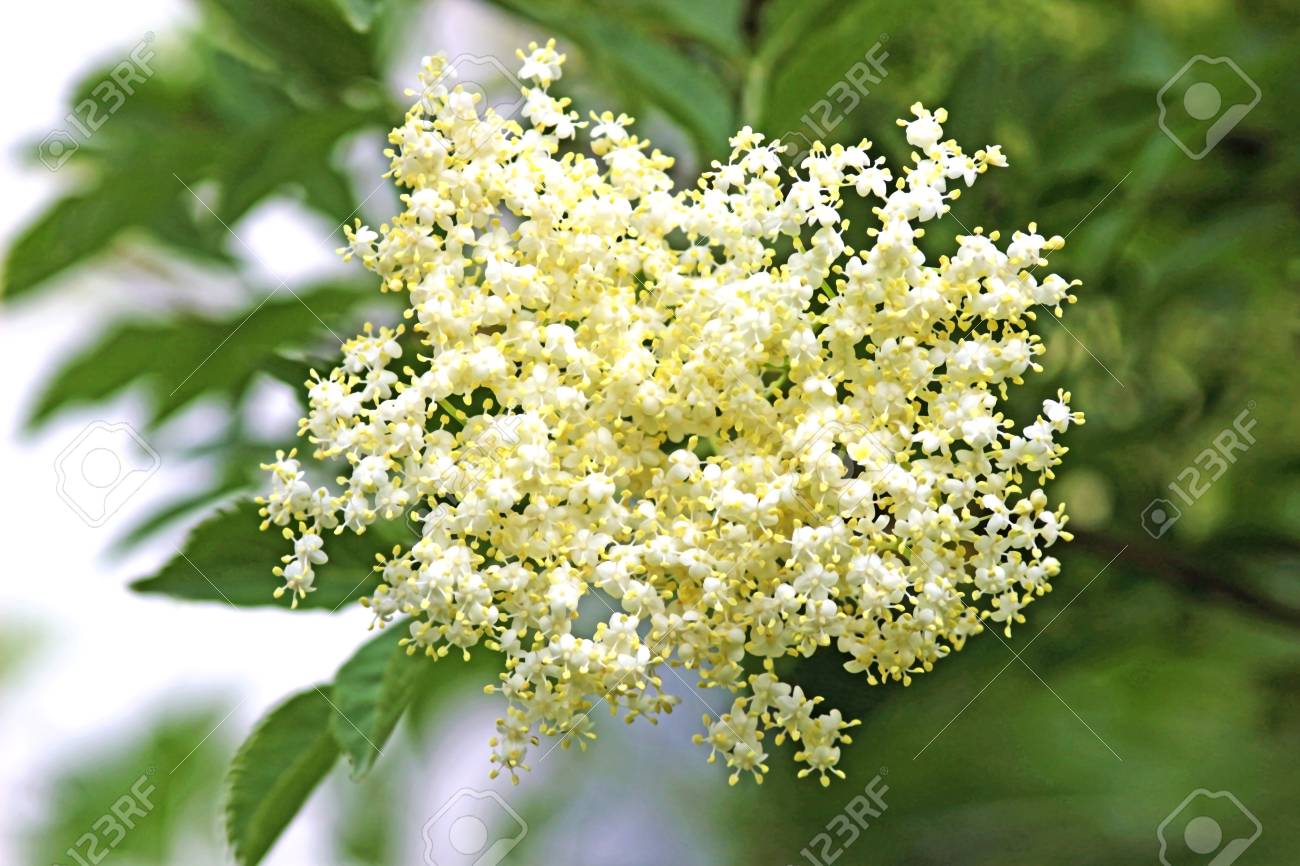 The underside of the flowers will a) branch out on each bunch from the main stem and b) often be covered in blackfly. Try to avoid those.

There’s another kind of bush which has similar-looking flowers, but it normally grows in people’s hedges/gardens, has glossier leaves, the flowers have a vague pinkish undertone instead of yellow, and the stems don’t branch out but go straight up. Avoid them, they aren’t edible and also they smell gross. Elderflower pollen has a pretty distinctive smell.

It also pretty distinctively gets in your clothes so wear something you don’t mind scrubbing later.

Now you’ve located your elder. Go get a couple of plastic bags, some scissors (don’t make my mistake and rip your thumbnail in half breaking stems all morning), and long trousers because nettles like the same places elder bushes do. Good luck with that.

Pick an absolute shittonne of elder flowers. No, more than that. More than that. You want 1-2 bags full. and preferably fairly bug-free.

Take them home and give them a rinse, try to remove any bugs, spiders etc.

Next: remove the flowers from the stalk into a big bowl. This will take forever, annoy you, and get pollen over your hands. A friend recommended using a fork and pulling down from the stem to pop the flowers off.

Anyway, don’t be too perfectionist about it, just get the big bits and any more bugs that happen to be in there (you think you got them all earlier? You emphatically Did Not).

Take a roughly equal weightish (not volume, that would be too many) of caster sugar and mix it through the flowers with your hands for a bit. They’re already covered in pollen, it’s not going to get any better.

Put the sugar and the flowers in a fucking massive saucepan full of water and boil that for about 1-2 hours while stirring every so often, adding more water as necessary.

Take it off the heat. Go get your big bowl again.

Get a clean tea towel (or “length of muslin” or “cheesecloth” or “fancy cloth bag”) and dump everything through that into the bowl.

Now you get to spend as long as you can stand dangling your oozing, bulging bundle over the bowl, alternating between slapping it with a spoon to make it drain faster and just milking it like a cow tit for the same effect. Do this, because you will get a lot of cordial out that way.

Let it cool if you haven’t already.

Decant into a bottle and refrigerate. With any luck you’ve put enough sugar in it that it won’t go off in a hurry, but you can also slop it into an ice cube tray and voila! Tasty ice cubes. Or do as I did and add agar and boil it again to make Very Very Sweet Oh Dear God Too Sweet jelly.