The time has come to let this particular manuscript into the wild! I’m very fond of this one (I’m fond of all my books, but don’t tell anyone – I hear that kind of thing comes off as arrogance in the wrong circles), and it was pretty much incredibly good fun to write from start to finish.

Hopefully it’ll be good fun to read from start to finish, too: a contemporary take on Shakespeare’s Julius Caesar without the politics but with a chilling, ancient blood magic and feuding London gangs, replete with a diverse cast of characters and familiar places.

The King is dead: long live the King. Or so the echoes suggest. But Craig Williamson has barely murdered his way to total dominance of his London crime family when already his lieutenants are plotting against him: not greedy, just concerned. Or so they say.

One thing is for sure: whoever wins, it’s bad news for the police, who still don’t know how to prosecute or even properly investigate the gruesome, ancient blood magic used by the gun…

…even the gang themselves don’t fully understand it.

Brown Bread, Boys is available to buy in print from Amazon or Lulu, as a variety of eBook formats from Lulu (and a few other places), and as a Kindle .mobi from Amazon (UK | US) – there’s almost no end of ways you can pick up and devour this story. Except by literally picking it up and eating it, because that is a bad way to read a book.

Oh this just keeps coming. I cannot tell you how much jewellery there is in my house because I cannot count to those kind of numbers.

SALE PRICES ARE AS FOLLOWS: 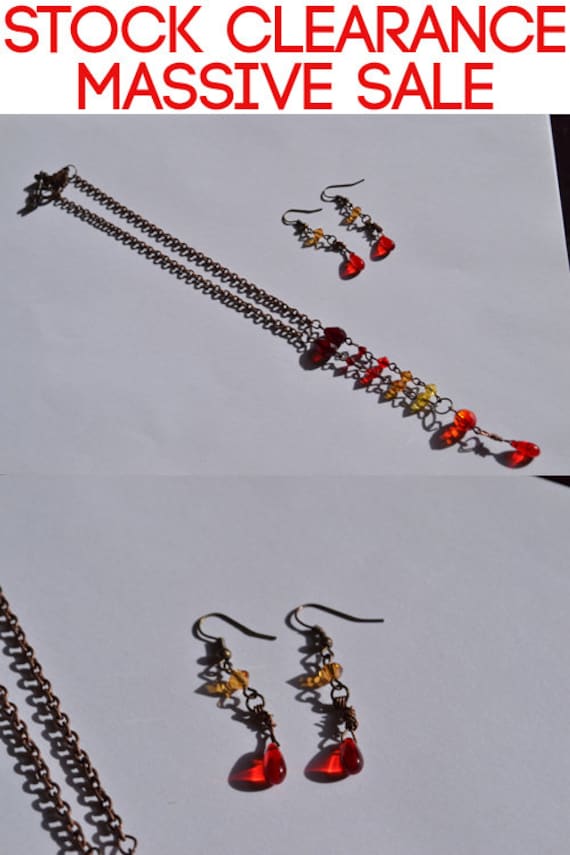 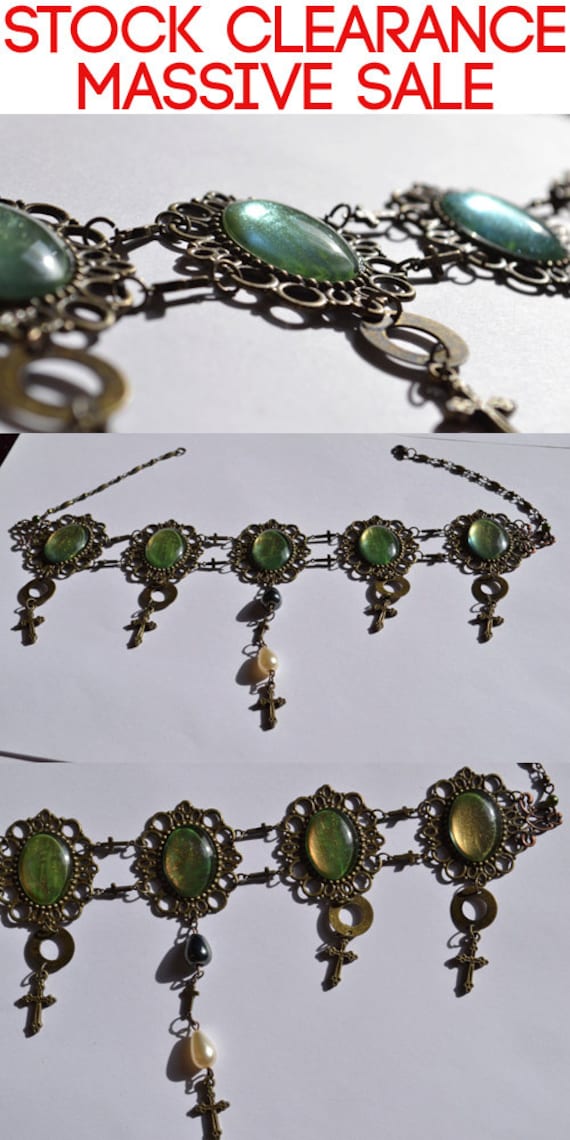 Click on the pictures for the listings, and there’s more (oh god so much more) at my Etsy shop.

Adventures in swearing and sewing continue. This time saw the purchase of a folding picnic table, which has taken cutting out pattern pieces from “impossible and agonising” to merely “very annoying and painful”, as it turns out that my shears work perfectly well when there’s a solid surface to cut against which isn’t the bloody carpet. I cannot express how silly my extremely small flat looks with a large outdoor trestle table dominating pretty much all of it and how extremely silly I looked hopping over the sofa and under the table to get around to the right parts of the pattern.

One of the most important things the BBC’s Great British Sewing Bee has taught me is that one should always read the pattern from start to finish before beginning. What it has not taught me, and which I have repeatedly had to learn on my own, is that about 50% of the pattern instructions are vague to the point of incomprehensibility, the diagrams were created by people who have never sewn anything in their lives, and large chunks of the process (in this case: interfacing) can be readily discarded as pointless and time-consuming. Ease-stitch this, McCalls.

The bane of this particular sewing experience, apart from “pattern matching is for sissies” and “obviously I intended to be half up and half down, shut up”, has been the tendency of the new doom sewing machine (this one has a proper brand name and everything as opposed to the John Lewis Own Brand Infernal Hell Machine of Endless Noise, and I can hear the TV over it) to casually turn the output of the bobbin into an argumentative hellish mess. Maintaining consistent tension has also been a matter of some consternation, but thankfully working with upholstery fabric rather than fiddly dress-making material has saved me from some otherwise infuriating moments. I definitely recommend taking “this is supposed to be for a duvet cover” for all your coat needs.

Also pictured: a cheap, two-layered wrap-around silk skirt I picked up in Camden market, and my terrible lack of regard for combining patterns according to any sort of sensible rule of fashion.

Oh and the buttons are modelled after Roman coins. I found them on Etsy and decided that if one is going to bastardise the basic notion of the frock coat as a military garment, and make one’s first foray into it by combining pattern A and pattern B with a cavalier disregard for the results, then one may as well do it while wearing the blurred and corroded face of an unknown Emperor five times in a row. I shall just have to be grateful that my past self decided not to embroider anything on this one.

Those pleats played absolute havoc and had to be unpicked several times (thank god I used a long stitch) because the instructions might as well have read “pin the pattern to the wall, set fire to the fabric, then clothe yourself in the ashes as desired” for all the bloody good they were.

The sleeves and shoulders are a touch too long as the pattern is for a gentleman with my size chest, rather than for the slope-shouldered, stump-armed monstrosity wearing it, but overall for something hacked out in two days with no prior knowledge of the pattern, very little experience of making coats, continual swearing, a McCalls pattern full of bogus instructions and mad diagrams, having to hand sew the lining at the waist (what kind of cruel god would dictate that? A fucking McCalls god, apparently), and the requisite broad scattering of pin-related injuries – only one bad enough to cause any profuse bleeding this time, which counts as a victory – it’s not bad.

I’m going to wear it to Kew next time I go.

(Pictured above are the boots which are currently breaking me in rather than the other way around:

They’re painful and they’re winning. I had to limp back from Edward II at the BFI and I’m not sure the blisters were worth it, even if Derek Jarman’s masterpiece was … well … very Derek Jarman.

There is yet more after this. Please, dear god, take it out of my house. 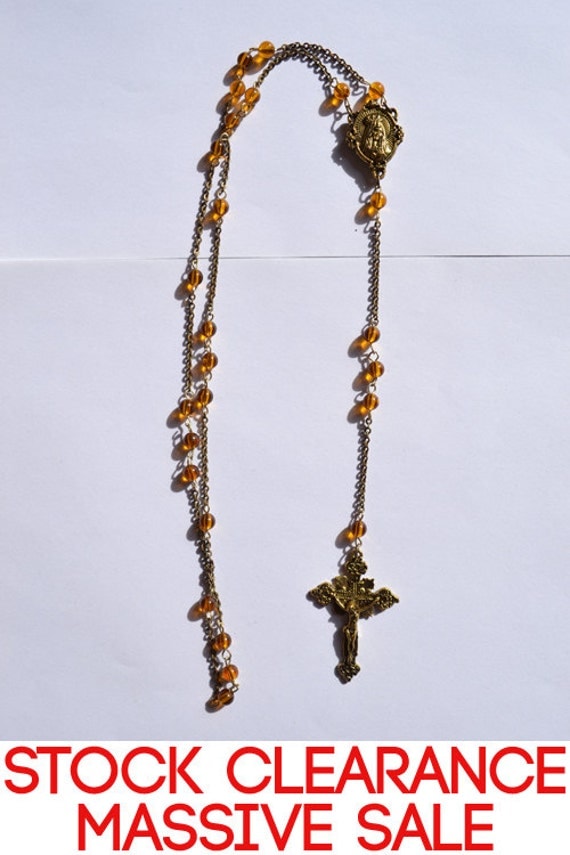 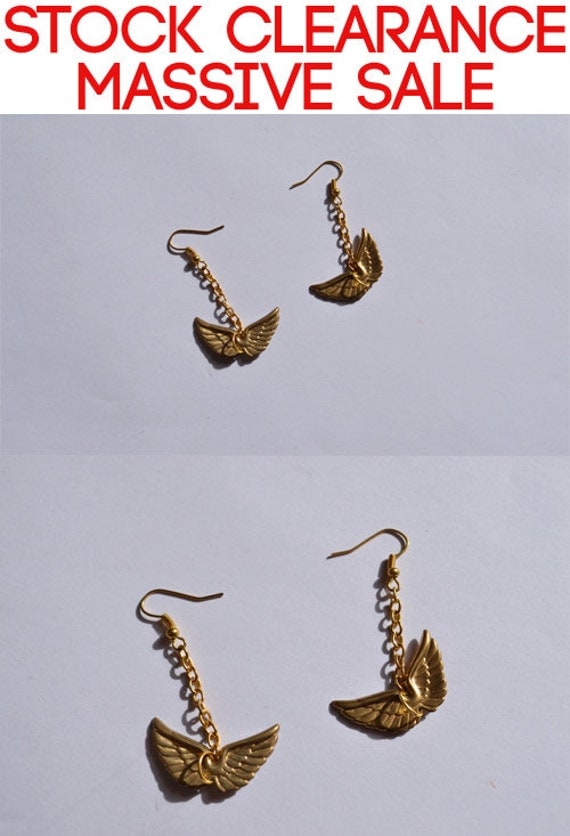 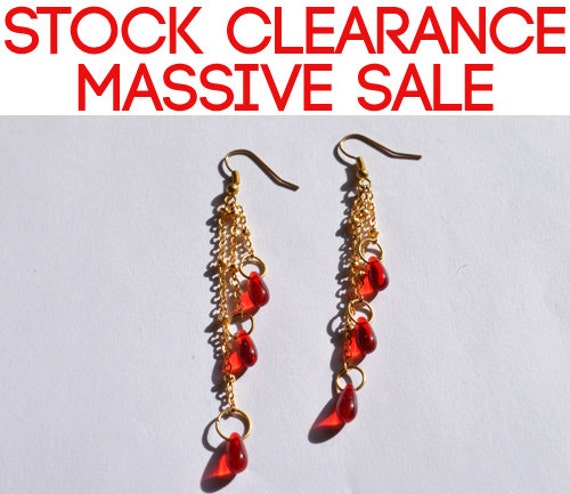 There is more. Oh god is there ever more. 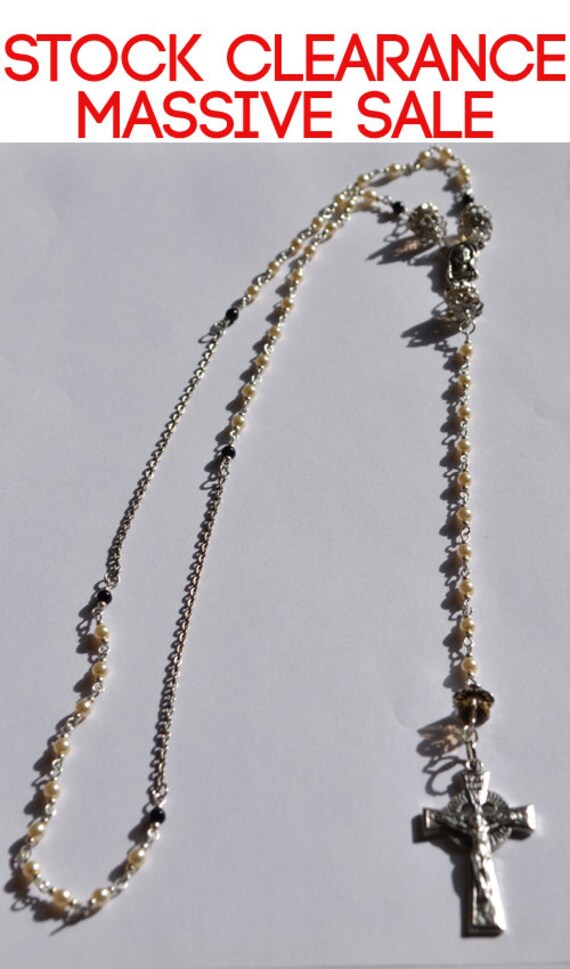 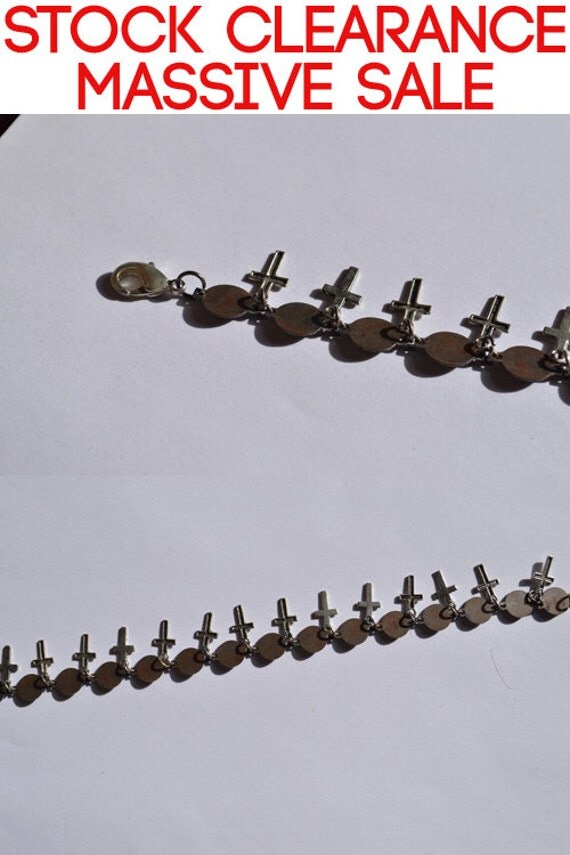 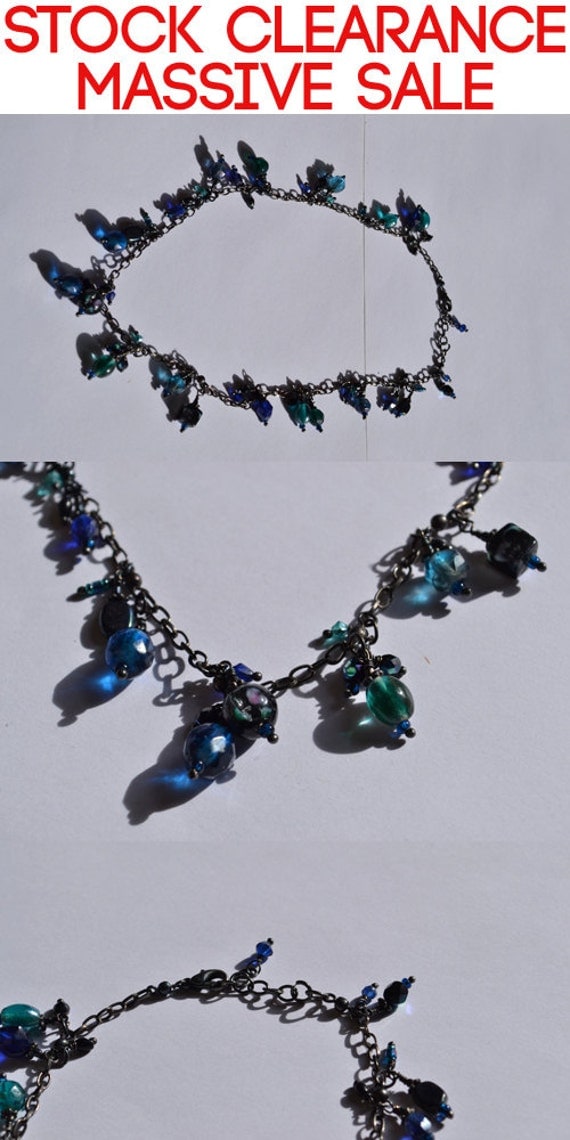 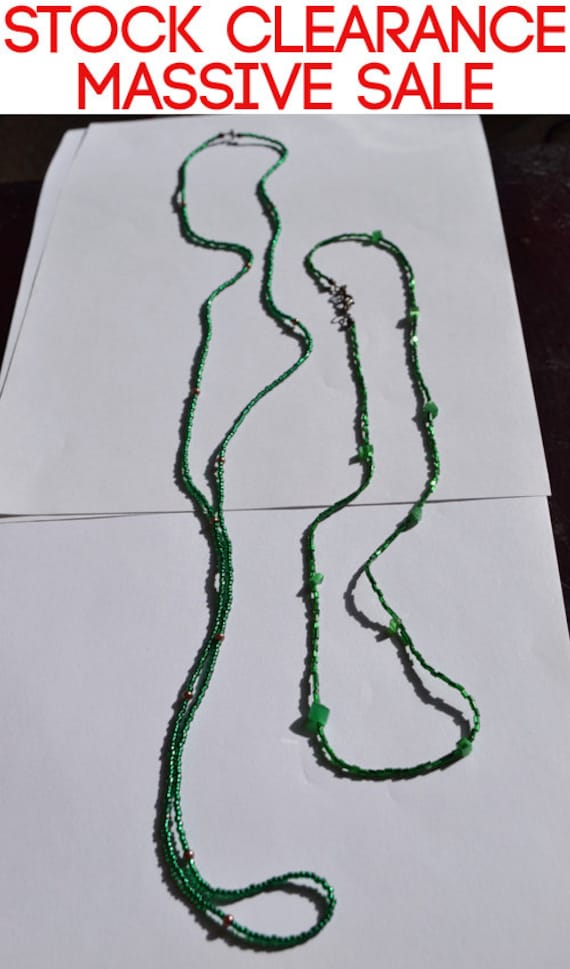 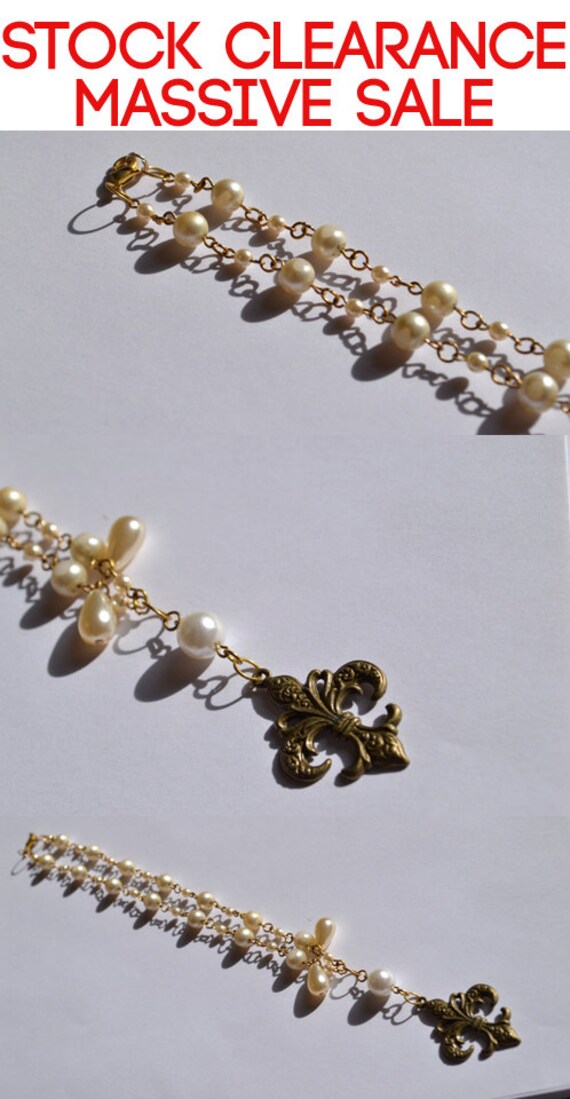 Still rather too snowed under with work to have much in the way of flashy projects to show off, or indeed time to turn idle musings into fully-fledged blog posts (for reference: a documentary about Elgar declaiming that he “wasn’t all Edwardian bombast” and the indignant questioning of “bombast” as an inherently undesirable element in classical music; a chipper documentary about the endocrine system and the history of transplants leading to the question “if you can transplant a testicle into the body of someone who’s had one removed, and it grows its own blood supply and gets back to making testosterone, what’s stopping you from putting a testicle into the body of someone who never grew one?” … apart I suppose from medical ethics; the idea that all modern epidemics and pandemics must be viewed not only as matters of microbiology and advancement of vaccines and cures but also as issues of public health and prejudice; and rather more pertinently to my life, at what point does avarice become overshadowed by indolence – i.e. does being paid for overtime necessarily reimburse the loss of hours of my life?). Also too busy to talk about the avalanche of pleasant cultural experiences I’ve managed to squeeze into the rest of my life: no time to talk about the National Theatre Live Cast of Coriolanus and challenges of watching live theatre from a cinema about ten miles away from it; no time to talk about investigating the BFI’s mediateque and watching Beautiful Thing (apparently all 20th Century queer-contemporary British films with positive endings and “Beautiful” in the title feel that beauty occurs in South East London: Beautiful Thing is set in Thamesmead, while My Beautiful Laundrette takes place largely in Lewisham), with its familiarly mid-nineties trappings and familiar landscape provoking a sense of strange, fairytale nostalgia for someone else’s adolescence; no time to talk about the progression of watching Derek Jarman’s Sebastiane, from DVD screening in 2002 to ICA in 2005/6-ish on a screen marginally larger than a big-screen TV, to February’s floor-to-ceiling screen at the BFI NFT3 (and the fact that somewhere, without intending to, I have learnt to identify Lindsay Kemp by his gait, regardless of how much make-up and how little clothing he is wearing); no time to talk about Only Lovers Left Alive, a slow and beautiful shaggy-dog story about gorgeous, disaffected vampires, that pokes gentle fun at itself and showcases the decaying beauty of Detroit and the livelier attractions of Tangier, along with my inaugural visit to the exhausting palace of staircases that is the Hackey Picturehouse; no time to mention a fantastic dinner at The Frontline Club in Paddington or their adorably-named cocktails (“That Gentleman Is Wearing Pink”); no time to mention an earlier visit to the Whisky Society and a fabulous afternoon being pretentious about spirits; no time to discuss the curious biopic of William Burroughs I accidentally bought at the ICA and blundered through in a kind of fascinated delirium; no time to talk of dragging a confused friend around London in pursuit of cocktails and finding as well badge-making kits at the Wellcome Collection, t-shirts in Soho that cost nearly £300, and that Balans Cafe will happily put the liquor of your choice in your hot chocolate without batting an eyelid… it’s a busy spring, so far, and there’s more ahead (tea parties, Edward II by the celebrated Jarman once more at the BFI, Titus Andronicus at the Globe in the summer).

I do promise that at some point in this whirlwind of actually leaving my house there will be some proper content here.

In recompense for being very dull until about, oh, April at least, here is a clipping my boyfriend took out of (possibly) The Economist, which I thought was rather cute: